Online and store prices may vary.
Personalize This Ball 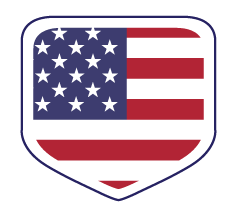 Your use of our website and/or the placement of orders with us constitutes your agreement and warranty to us and others that you have not uploaded, emailed or otherwise transmitted any defamatory, libelous, threatening, obscene, hateful or racially or otherwise objectionable material, or that violates any law, or that contains software viruses or other code designed to interrupt, destroy or impair computer equipment and data.
For Any Personalized Golf Balls,
SHIPPING
Select options to see shipping times.
* Personalized ball orders will ship out within 2-3 business days.
WARNING
All custom order items require 100% payment at the time the order is placed. Once you place a custom order, the sale is final. No cancellations or returns. Please review your order carefully and feel free to ask us any questions before placing your order. Thank you!
https://www.golfiomedia.com/img/lrl0259-white_1.jpg
NPIP New Personalize A new spherically-tiled 348 tetrahedral dimple design has been optimised for the Pro V1x to maximize distance while delivering a penetrating and consistent flight.